History of the ARC

Home
About
History of the ARC

The Africana Research Center (ARC) emerged from Black Caucus-led student protests concerning the racial climate at the University Park Campus in the spring of 2001. While earlier generations of faculty had discussed the possibility of a center, the idea gained momentum in the mid-1990s and early 2000s when more students of color entered the university and demanded greater diversification of the curriculum and faculty. Faculty and students felt that PSU, a research and land-grant institution, should expand its offering of courses about the role of race and diversity in American life. 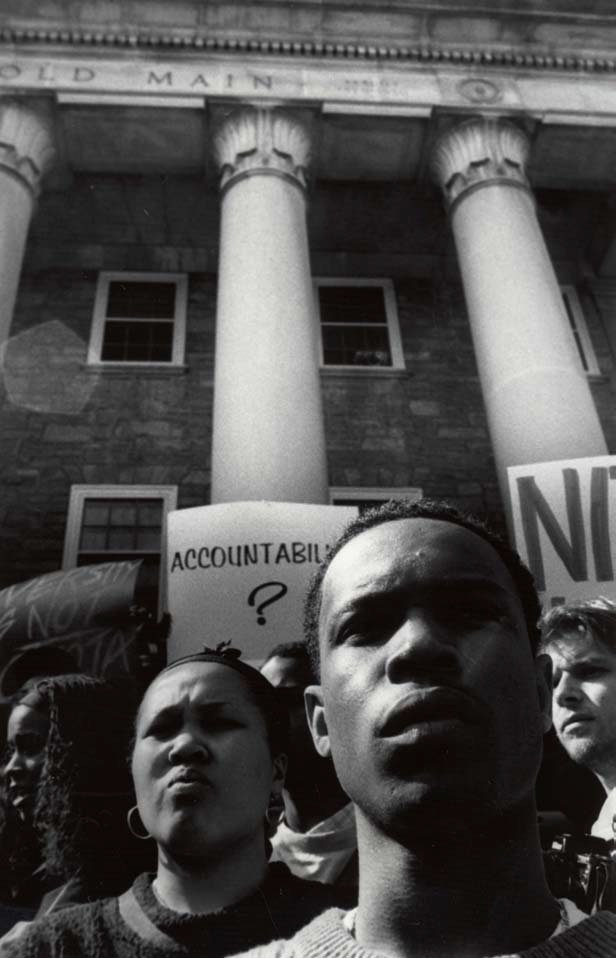 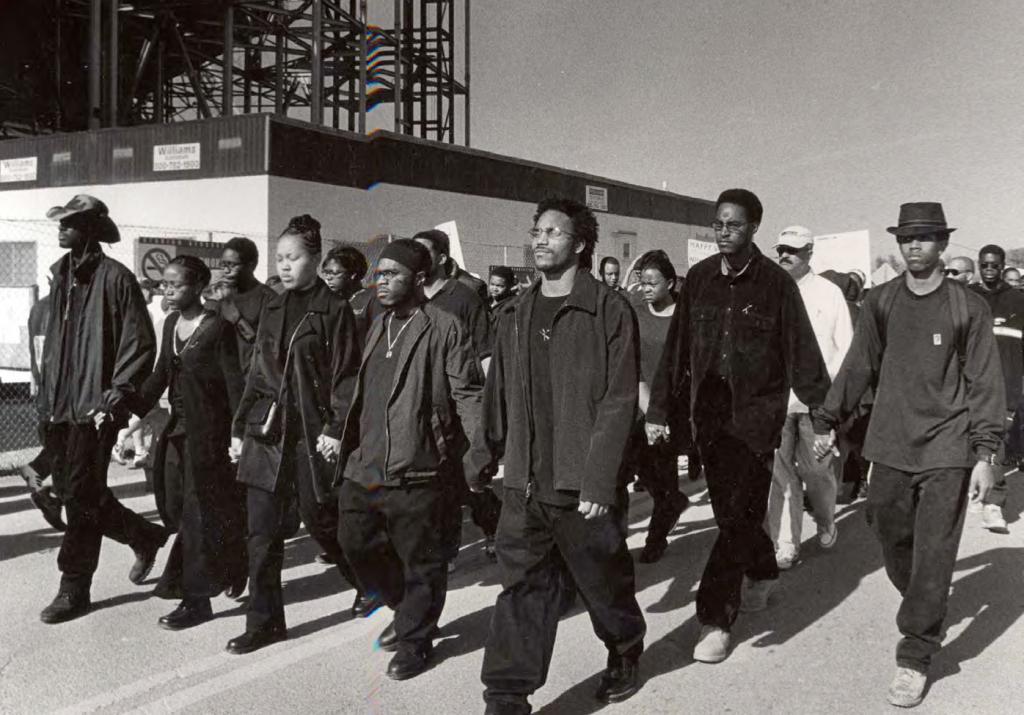 October 21, 2000
300 students, dressed in black, march silently in protest of recent racist acts at Penn State including the racist hate mail sent earlier in the month. Additionally, a list of hateful acts, from stones thrown at black women to swastika vandalism in dorms, are regarded by many as a sign of problems with the overall climate at Penn State.
October 21, 2000

April 19, 2001
Black Caucus President, LaKeisha Wolf, receives another anonymous letter filled with racial slurs, profanity, and an explicit threat on Wolf’s life. The university provided Wolf with police security, and offered a $25,000 reward for information leading to the arrest of the letter writer. Another letter was sent to the Daily Collegian, in which the writer requested that the reporter deliver it to a black student leader. In the letter, death threats were made. It also said that a black man had been killed in the past week and buried near a wooded area.
April 19, 2001 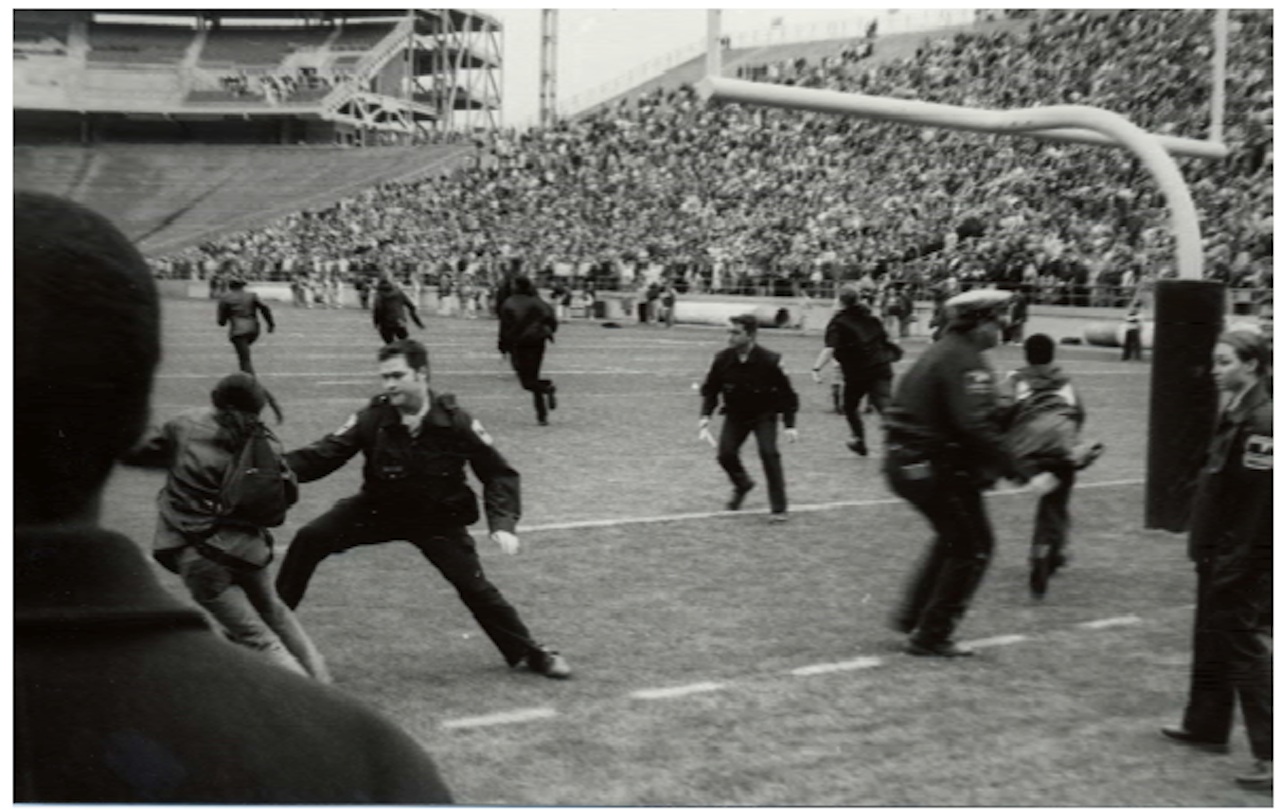 April 20, 2001
Upset with the Universities' quiet response to the multiple hate threats being sent to African American students, 26 students run to the 50-yard line at the end of the national anthem during the Blue and White game, lock arms, and huddle on the ground in protest. They are escorted or dragged off the field by University police.
April 20, 2001 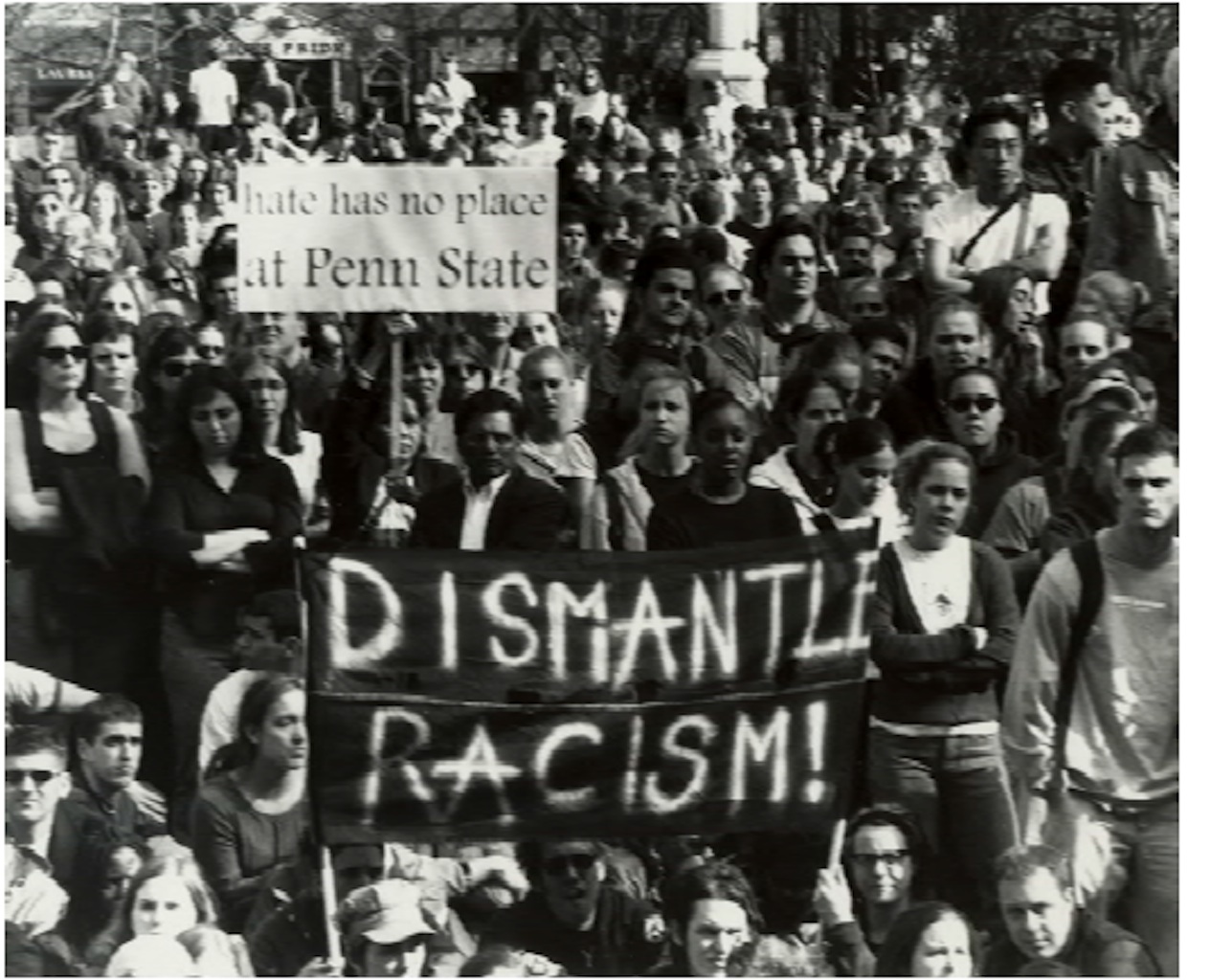 April 24, 2001
In response to the threats, Penn State plans the “No Hate at Penn State” march for Tuesday, April 24. The event started at Old Main, and members of the Black Caucus urged marchers to stay at Old Main until then University president Graham Spanier agreed to speak with them.
April 24, 2001 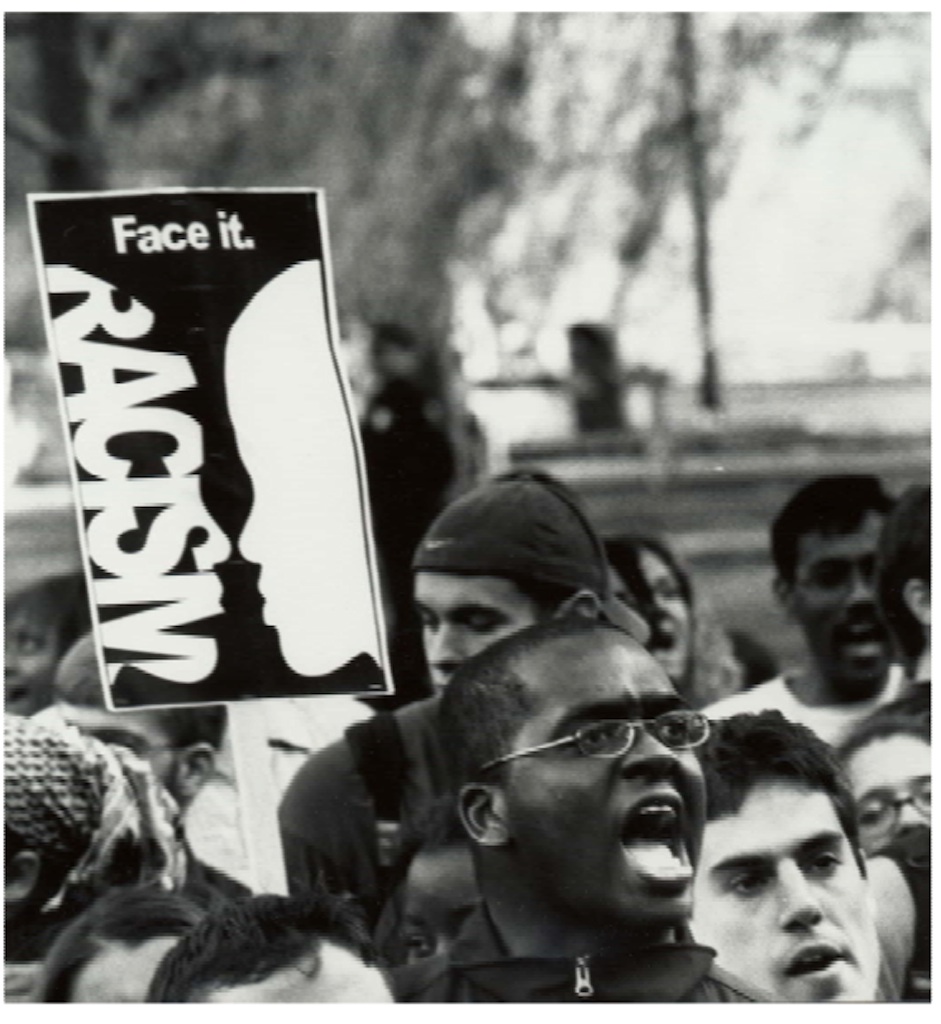 Upon the arrival of Spanier and other administrators, protestors speak out, including LaKeisha Wolf, who states she had been afraid for her life all semester, not just after the most recent threat. During Wolf’s speech, Spanier and the administrators walk to Heritage Hall to meet with student leaders. Black Caucus member Assata Richards, a graduate student at the time, encourages the crowd to unify against racism and demand Spanier's return to the building. 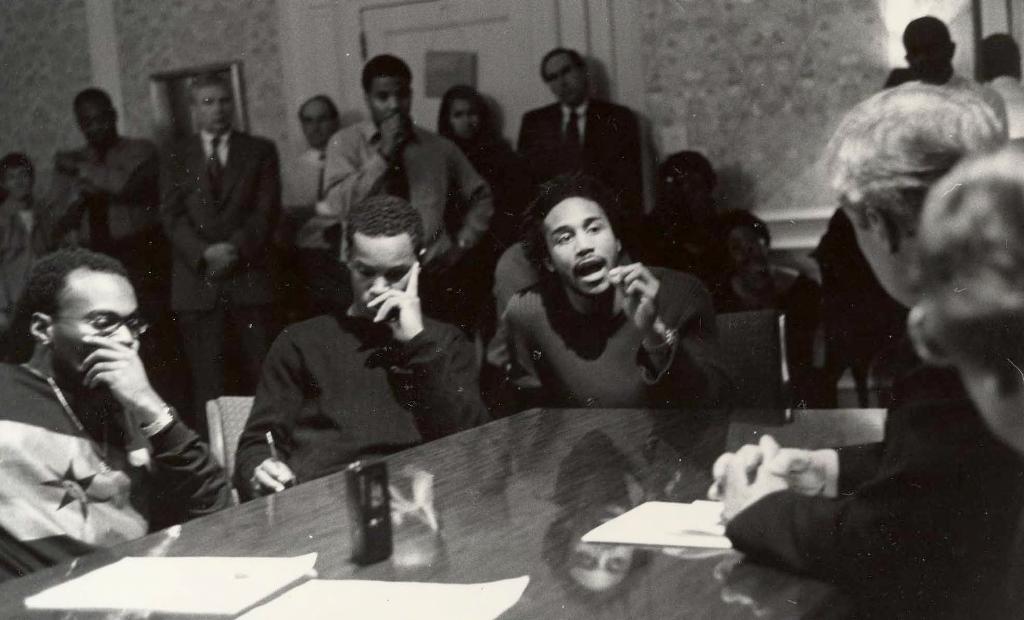 6:30 p.m. April 24, 2001
A group of 15 students agrees to meet with the administration. The remaining crowd of about 650 marches to the ground floor of the HUB while Black Caucus members speak from the first floor. Though the meetings happened behind closed doors, reports noted that administration called the students' demands unreasonable.The original list of demands always included an Africana Studies Research Center.
6:30 p.m. April 24, 2001 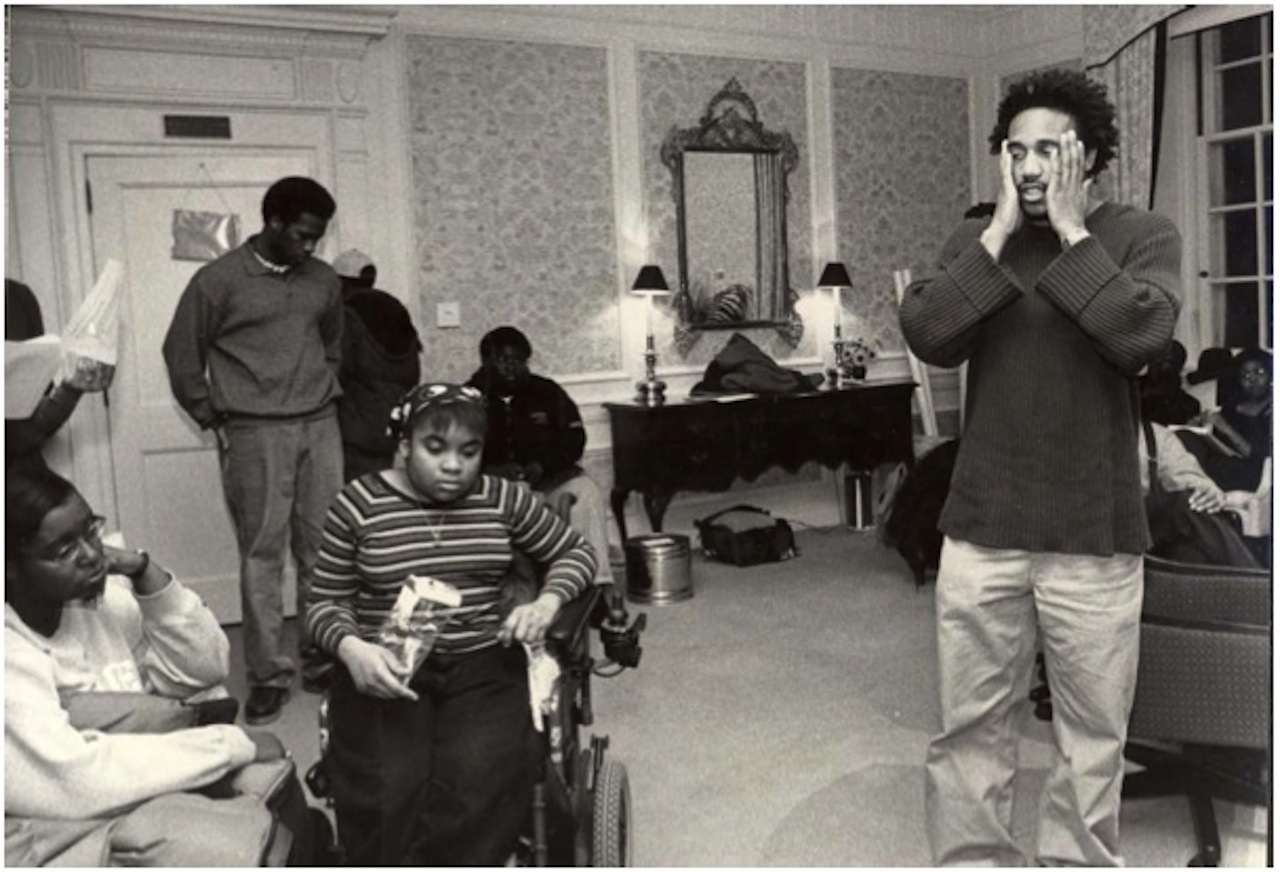 10 p.m. April 24, 2001
Administrators leave the meeting without a resolution. Protestors decide to stay in the HUB until there is an agreement. Many grabbed sleeping bags, pillows, and blankets while others organized escort services, set up information tables, got food donated and created study groups for finals. This started a ten-day sit-in.
10 p.m. April 24, 2001 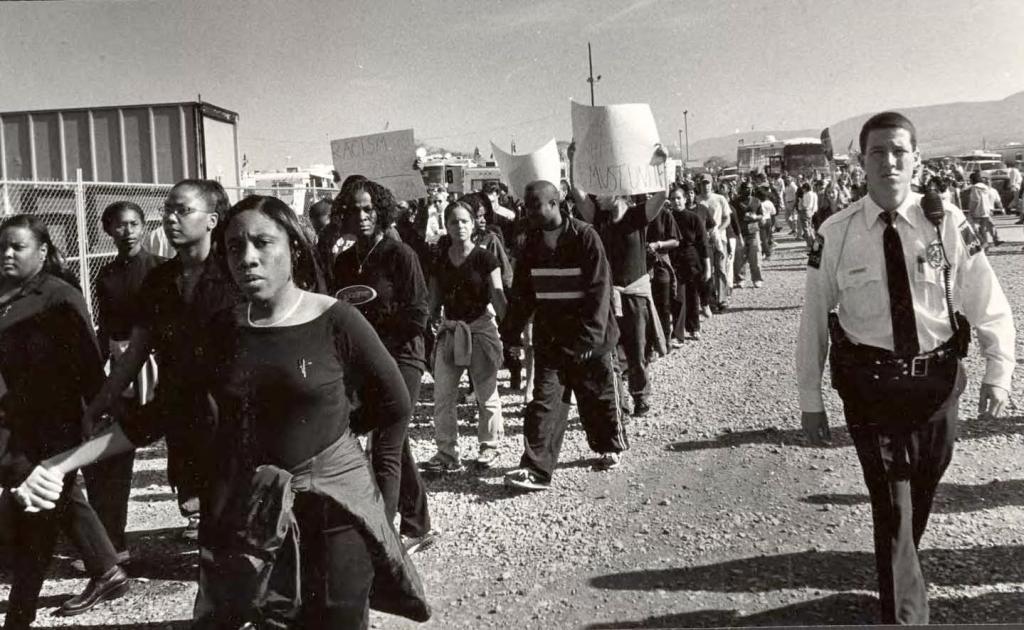 April 25, 2001
A large area of the first floor of the HUB remains occupied by impromptu campsites. They tape up protest posters on the railings and walls around the atrium: "We will be heard!" "Stayin' strong no matter how long." "We're not happy in Happy Valley." "Unite in love." The group is dubbed “The Village.”
April 25, 2001 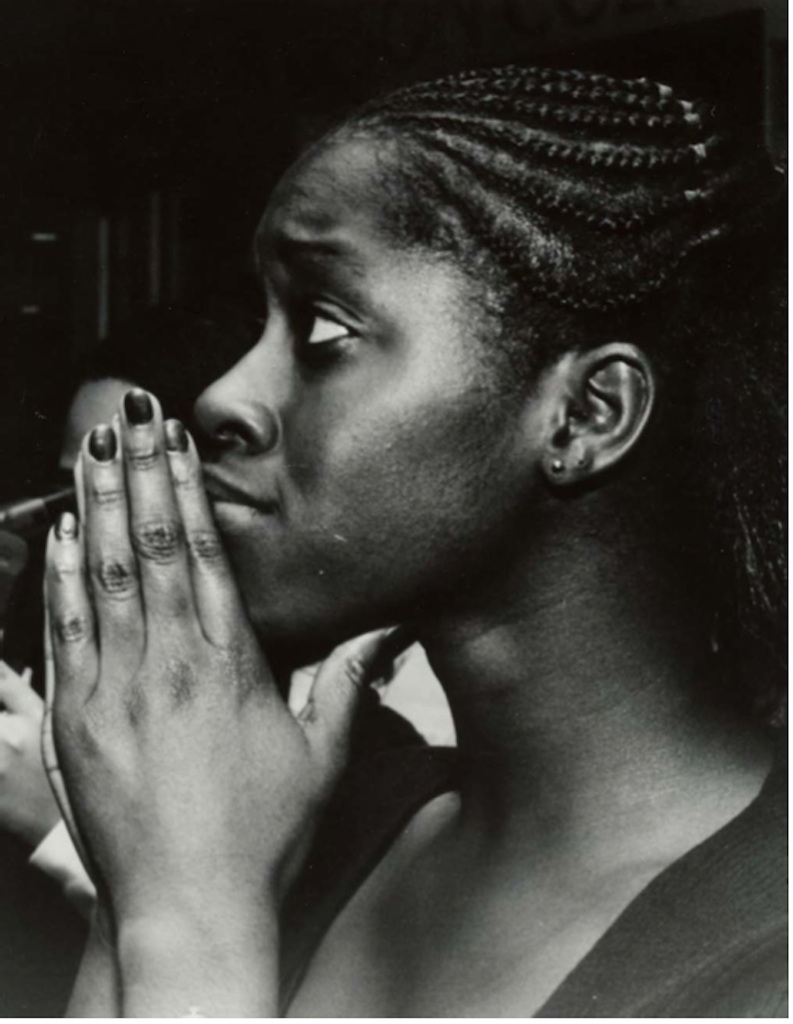 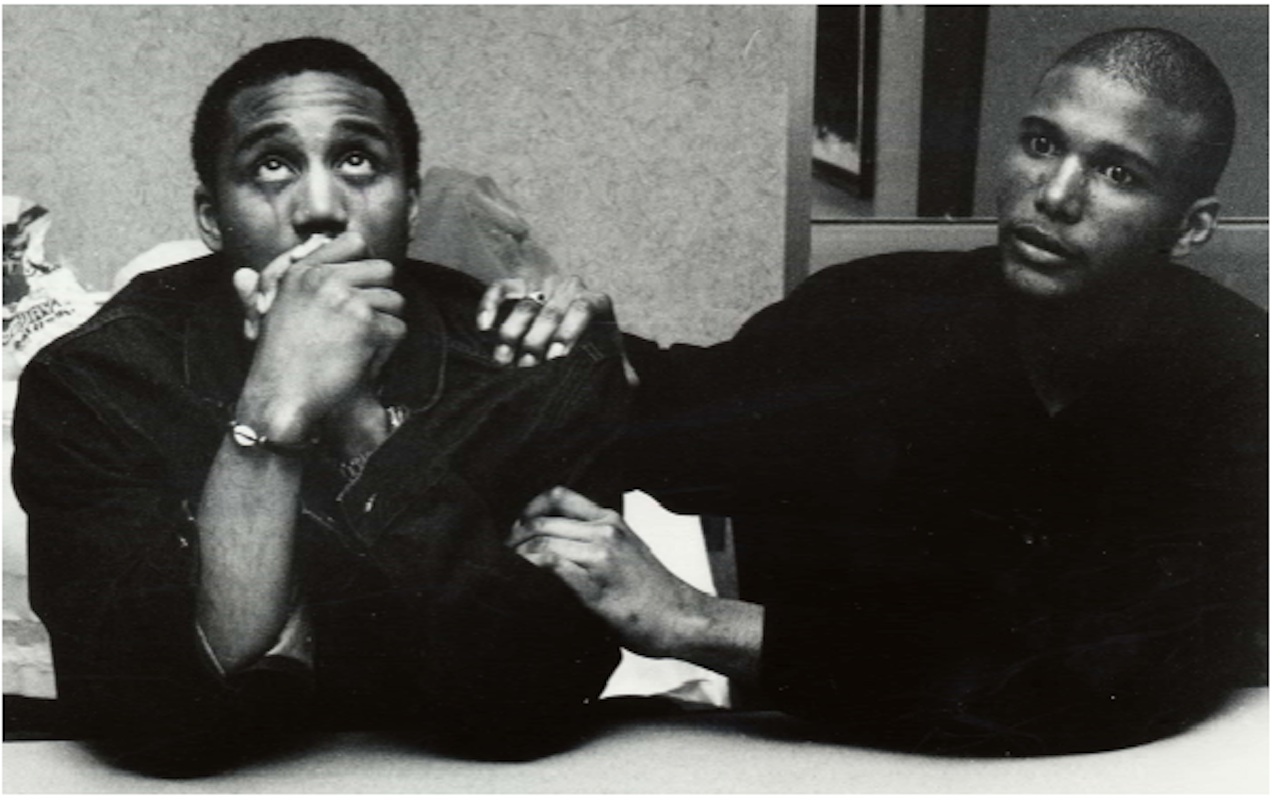 April 27, 2001
As students continue their sit-in, Penn State administrators deliver "A Plan to Enhance Diversity at Penn State" to black student leaders. The team of students negotiating with officials deem the plan "unacceptable" without further changes. Additional security is added to the HUB in light of recent events.
April 27, 2001 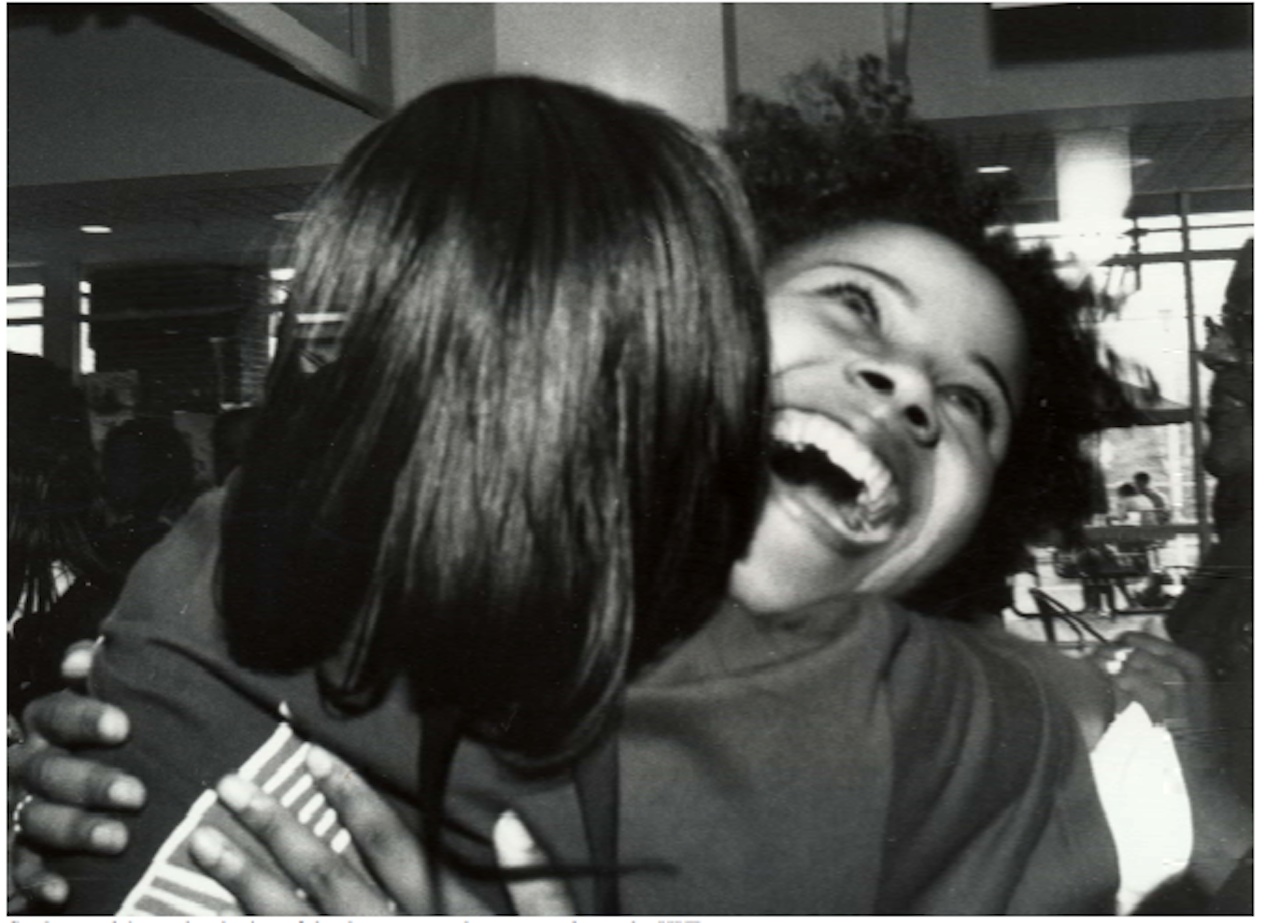 May 3, 2001
After nearly 10 days of meetings, the administrators and student leaders reach a decision. This decision included the founding of the Africana Research Center, and promised $900,000 dollars in funding for the center during the next five years.
May 3, 2001